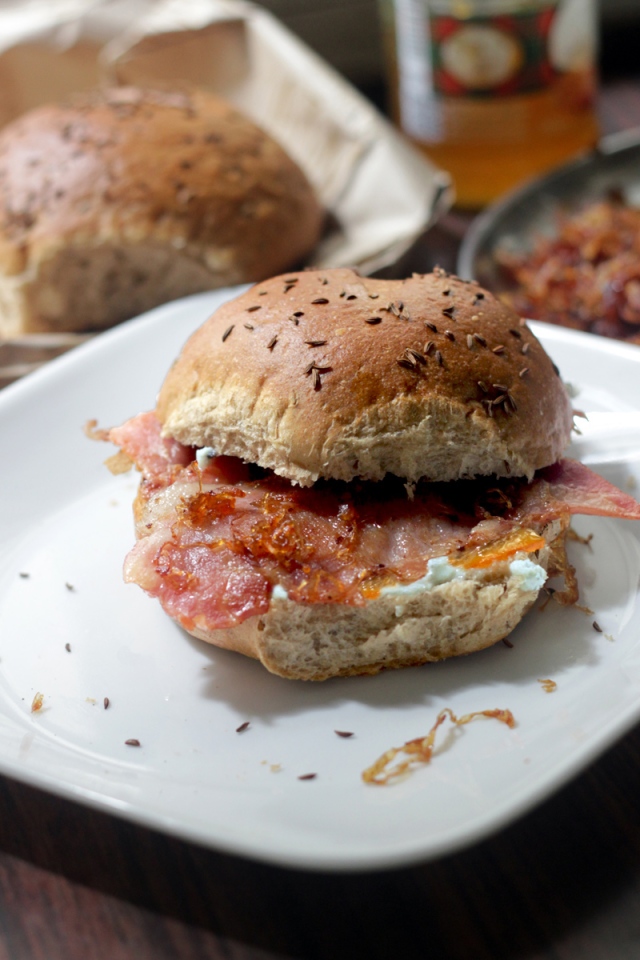 My biggest purchase on my recent visit to Sri Lanka was bacon – I brought 3 kilos back with me. It’s one of the many reasons that I made a trip to Sri Lanka – to meet people I hadn’t in twenty years and to buy Keells bacon. This may sound a tad outlandish but once you’ve tasted the bacon you’ll know what I’m talking about: it’s the best bacon in South Asia.

My father lived in Sri Lanka for about 10 years and after every visit we’d bring back about 2 kilos of Keells ham, bacon and sausages. We had a 300 lt deep freezer just for cold cuts. I spent all my school and college vacations in Sri Lanka and at least thrice a week I’d eat what I thought I had invented, but later discovered was a BLT with cheese, and bacon and chip buttys.

For a while Keells was available in Mumbai and, surprisingly,  at local cold storage’s, not gourmet stores – and then it disappeared.

When you have a wonderful ingredient you always want to make something special, something more than the obvious and the regular and I thought about making a bacon and marmalade sandwich. But, it’s been done before so I added on just two more layers of flavour: blue cheese and birista. Bacon, cheese and marmalade are a safe combination; all three work together quite nicely in terms of a balance of fat, tart and bitter as well as texture. I took a chance on the birista and it worked.

This is a really simple sandwich and the only way it will work is if you use good ingredients: you don’t have to use Keells, but you need a good a quality bacon, I used Mackays Seville Orange marmalade, the Gorgonzola was obviously imported and the bread was from Indigo Deli.

METHOD
Fry the rashers till crisp. 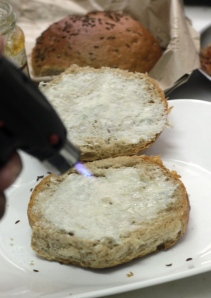 While the bacon is frying, cut the rye bread into two halves.
Spread a thick layer of blue cheese on both halves of the rye bread. Melt the cheese With a kitchen blow torch (or under a grill) .
Spread the marmalade over the cheese.
Arrange the bacon on the bottom half. Sprinkle some birista over.
Sandwich with the top half and serve.